Home / Enviromental / Climate Change
CLIMATE CHANGE
Focus and Scope
Thai Beverage Public Company Limited (“ThaiBev” or “the company”) has assessed its transition risks related to policy and legal, market changes, and technology advances. Out of these transition risks, carbon pricing was identified as one of the most material risks to the company. Therefore, ThaiBev conducted a scenario analysis on carbon pricing in line with Task Force on Climate-Related Financial Disclosures’ (“TCFD”) recommendations with the goal of evaluating the financial impact of carbon pricing on the whole organization between 2030 to 2050.

The scenarios that ThaiBev used were International Energy Agency (“IEA”) World Energy Outlook’s Stated Policies Scenario (“STEPS”) and Sustainable Development Scenario (“SDS”). ThaiBev chose not to use IEA’s The Net Zero Emissions by 2050 Scenario (“NZE”) carbon prices as they were lower than SDS prices and the company wanted to understand the financial impact in case of strong climate regulation toward carbon-pricing policies. ThaiBev has two main risks related to carbon-pricing: increases in operational costs from regulatory carbon-pricing and increases in operational costs due to increased raw material prices due to suppliers passing carbon-price costs to the company. Although ThaiBev is an efficient organization and prides itself in energy efficiency and the use of bioenergy, the company still relies mainly on fossil fuels to run its business, therefore in the future when carbon pricing is in place, ThaiBev is likely to have to pay a carbon-price to local governments.

ThaiBev’s suppliers are also likely to have to pay a carbon price, and although certain suppliers may be exempt from the local carbon-pricing scheme, the company assumed that all suppliers would have to pay a carbon price according to this scenario analysis.
Assumptions:
ThaiBev used the same carbon-pricing levels as in IEA World Energy Outlook 2021, sourcing carbon-pricing figures for Chile, and Columbia for the STEPS scenario and “other selected emerging market and developing economies” for SDS. The company assumed projected profit and GHG emissions growth based on a 4.6% compound average growth rate based on AMRO’s forecast for ASEAN growth in 2023. Carbon pricing was assumed to be calculated by: Annual Emissions (tCO2e) × Carbon Price (USD/tCO2e).

ThaiBev had two scenarios for the carbon price:
1.) Cap and trade and
2.) Carbon tax.

ThaiBev has two scenarios in terms of mitigation:
1.) No mitigation or
2.) Achievement of Net-Zero Target by 2043.

The Net-Zero target is based on Science-Based Target recommendations for the 4.2% annual reduction starting in 2021. ThaiBev also put the same Net-Zero assumptions for its value chain emissions. The company-based carbon-pricing impacts from value chain on its Scope 3 Category 1 Purchased Goods and Services emissions number (projected from 2021) in tCO2e: Annual Emissions Scope 3 Category 1 (tCO2e) × Carbon Price (USD/tCO2e). For value chain impacts, the company assumes the suppliers pass on 100% of the carbon cost by increasing the pricing of their goods accordingly. ThaiBev used Carbon Tax assumptions for the value chain impacts.
Results and analysis:
As expected, the Carbon Tax has the highest impact on ThaiBev’s profits, and carbon pricing in the supply chain is the next most impactful, while the Cap and Trade system would have the least impact on ThaiBev’s profits. Also as expected, impacts under SDS are significantly higher than STEPS by about 50%, in line with their pricing ranges. Under the Net-Zero target scenario, most negative impacts are negated, and under the Cap and Trade scheme, leading to a potential minor increase in revenue. These impacts reflect the importance of GHG targets and active annual GHG reductions, and further, reinforce the company’s strategy toward procurement of renewable energy.
No Mitigation Scenario
Estimated Decrease in Profit from Carbon Pricing
Net Zero Target Scenario:
Estimated Decrease in Profit from Carbon Pricing*
*Positive numbers denote increase in revenue from selling allowances 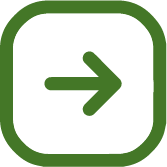 More Information about
CLIMATE CHANGE
in Sustainability Report 2021
Thank you for your interest in ThaiBev’s Sustainability Report.
Your feedback is important to us. It helps us to improve our overall sustainability performance and future reporting. Email your comments to: sustainability@thaibev.com
Use of Cookies NoticePersonal Data Protection Notice
©2022 Thai Beverage Plc. All Rights Reserved.